A FOUNTAIN OF LIFE WORSHIP CENTER
Sharing the life-giving message of Jesus Christ!
Pastor Rusty Fletcher's Life and Ministry
When Rusty Fletcher was seventeen years old he had a personal encounter with God. After his experience he dedicated his life to knowing and pursuing a deeper relationship with God. He told many people about what Jesus Christ... the Son of God... had done in his life and led them to accept Jesus Christ as their Savior! When Rusty was 22 years old he started traveling as a full-time evangelist, speaking mostly in Pentecostal churches. In 1979 he was ordained into The United Pentecostal Church International. In the 90's Pastor Rusty attended “Rhema Bible Training Center” in Oklahoma and graduated in 1996. After graduating he continued to travel and speak as an evangelist and Bible teacher. In 2001 he traveled to the Ukraine where he did missionary evangelism. In the Ukraine he met his wife Lyudmila. They were married in October of 2001 and in May of 2002 they moved to Seguin, Texas. There he served as an associate pastor at Calvary Gospel Church for five years. Rusty and Lyudmila now have three children... Ana, Kellie, and Joseph. In 2007 Rusty and Lyudmila felt God leading them to start a new church plant in the Kyle and Buda, Texas area. They rented a classroom at Tom Green Elementary School in Buda, Texas and on October 5th, 2008 had their first service. After five months the church moved from the classroom into the cafeteria of Tom Green Elementary. In October of 2014 the church moved to it's current location at 302 Millennium Dr in Kyle, Texas. God has abundantly blessed the church and congregation! 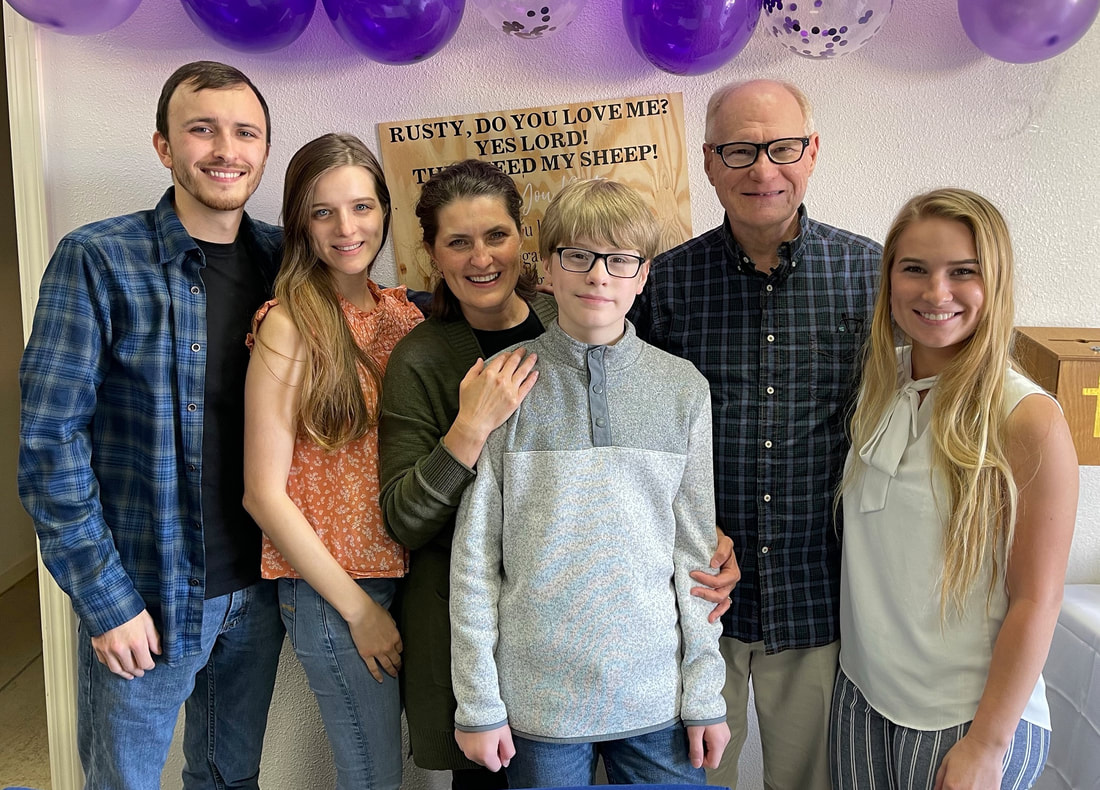 Nursery care (ages 0 thru 2) is provided each Sunday morning during the 11:15 am service (Second service) and on Wednesday evenings at 7:30 pm.
​